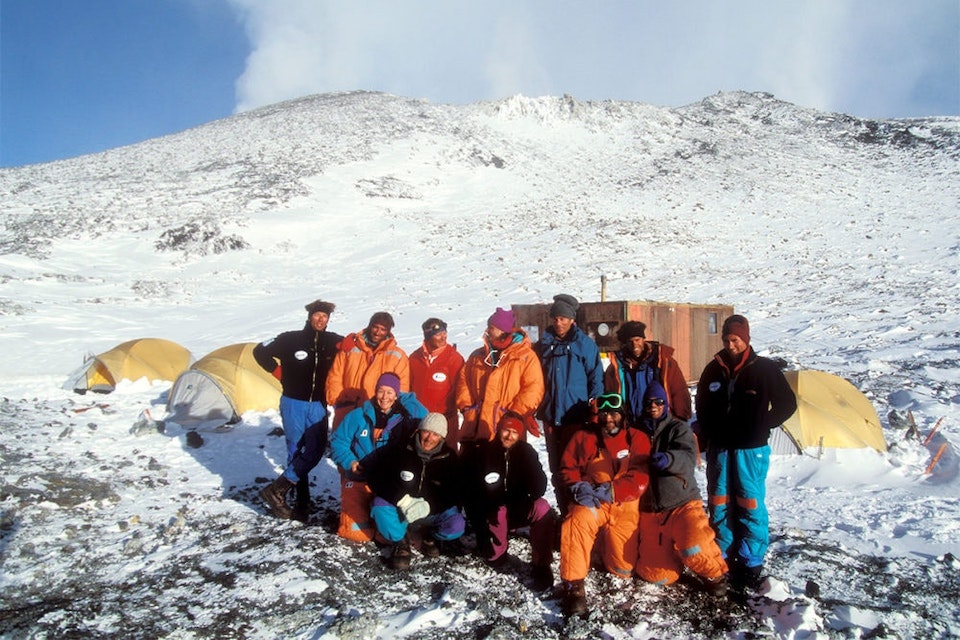 On 30th January 1994, Jean-Louis Etienne and his crew reached the top of the Erebus volcano. Located at the heart of the Antarctic Continent, Erebus is one of only two volcanoes in the world that has a lake of lava. Although we are at the dawn of the 21 st century, reaching and exploring the Antarctic remains a special experience. In order to succeed, the crew braved the storms of the Austral Ocean and had to fight its way through the ice barrier. The climb of the 12,000 feet high volcano was an outstanding achievement in extreme conditions : blizzard, horrendous cold and lack of oxygen.